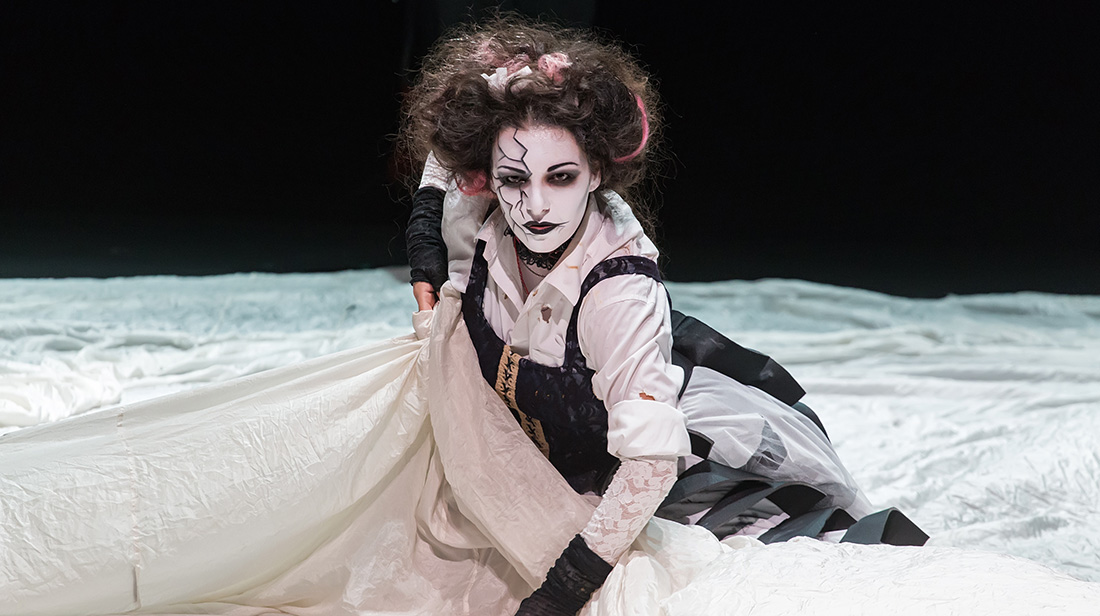 Posted at 22:07h in information, news, uncategorized by costas

The most emblematic production of SMouTh, six years after its celebrated premiere in Larissa and its revival in co-production with the Alternative Stage of the Greek National Opera in 2108 presented in Athens and Volos, comes back in Larissa for three last performances, held in the frame of the “Autumn Meetings” held by Thessaliko Theatre.

A huge wedding dress and a nowhere-to-be-seen, mythic bride. A wedding celebration that turns into a carnivore carnival. A dreamy ceremony that evolves into a nightmare. These are the structural elements of Paramyfiko, a stage composition that employs all musical theatre means of expression and places special emphasis on the visual effect, creating thus a theatre that triggers a free game of associations.

Behind the forms of the fairy tale, lyricism and allegory, Paramyfiko unfolds into a modern and ruthless social critique: the always present –yet never witnessed– bride in Paramyfiko may be a human being, as well as an idea, a belief or a situation. For the audience, it may be anything that is superficially praised and then discarded, a guilty truth or a convenient myth.