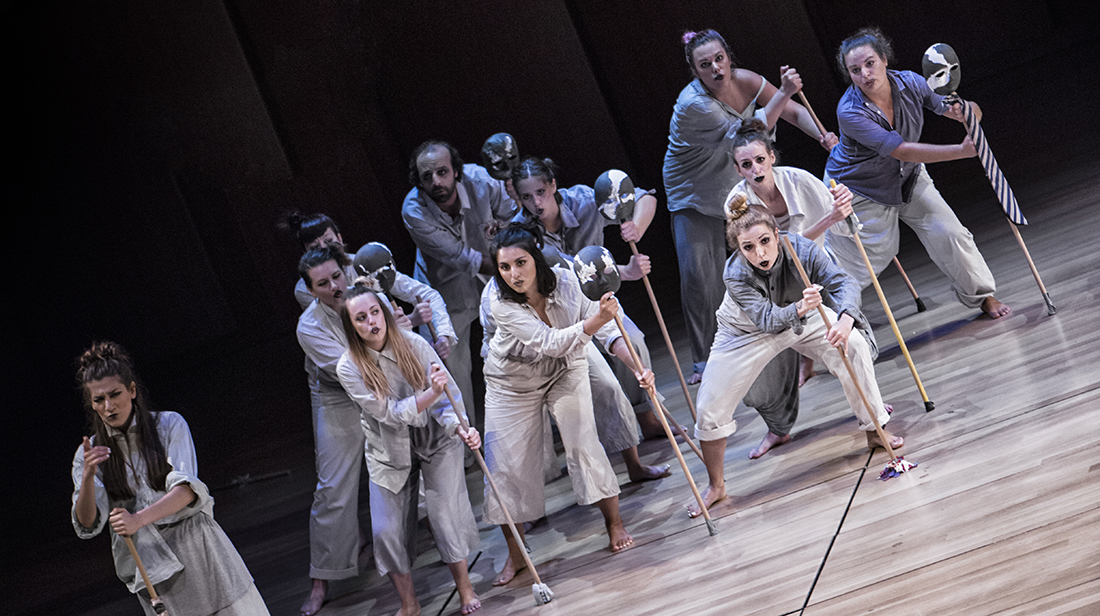 Posted at 10:41h in information, news by costas

“Who dares to face the truth?” and “How does he manage with it when he meets her?”. These are the long-standing questions that the new production of the SMouTh dare to explore. A music theatre production which premieres on October 12 at the Theater of Milos (Thessalian Theater) and is presented at an avant premiere at the 4th Milos of Performing Arts.

Truth, the thirteenth goddess that was mysteriously disappeared for centuries, is discovered imprisoned in a cave and she’s led to the sanctuary of the Acropolis. But who really rejoices in her return and who will eventually dare to face her? The new performance of the SMouTh “Truth” is a thematic continuation of the works of “Politea” and “Paramyfiko” and is based on the creative collaboration of all the members of the group who have worked together for the last twenty months in the framework of the Creative Workshops of SMouTh 2016-2017. It is an original performance that develops in the form of a Attic comedy and combines all the expressive tools of contemporary music theatre.

SMouTh had the honour of presenting an incomplete version of “Truth” last July at the Stavros Niarchos Foundation Cultural Center, at the first meeting of music theater companies in the region, after invitation of the Greek National Opera, where it received enthusiastic welcoming, particularly flattering reviews from audiences and artists.

Scheduled performances at Theatre of Milos:

The length of the show is 70 minutes.

In cooperation with:
Deputy Mayor of Culture and Sciences of the Municipality of Larissa
Thessalian Theater